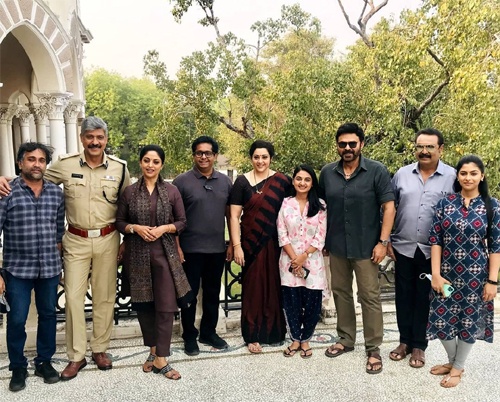 Hero Venkatesh will next be seen in the official Telugu remake of the critically acclaimed Malayalam family thriller, Drishyam 2. The film is directed by Jeethu Joseph, who also helmed the Mohanlal-starrer.

Until recently, there have been speculations that Drushyam 2 will be having a direct OTT release. However, the latest buzz reveals that the makers are planning to release the film in theaters first and that the film might hit screens on October 13, as a Dasara festive treat.