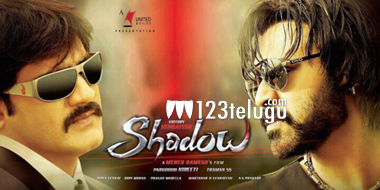 The climax of Venkatesh-starrer ‘Shadow’ will be shot from December 22nd. Paruchuri Siva Rama Prasad is producing this film under Uniter Movies banner while Meher Ramesh is wielding the megaphone. The director is reportedly planning to film the remaining part of ‘Shadow’ and wrap it up by January 2013. Tapsee is paired opposite Venkatesh in this film while Srikanth and Madhurima Banerjee play crucial roles. The release date for ‘Shadow’ will be announced in February.