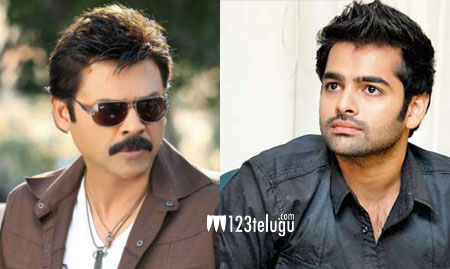 The upcoming remake of Hindi super hit Bol Bachchan is generating lot of interest among the movie circles. The film is said to be high on entertainment quotient and director K Vijay Bhaskar is leaving no stone unturned in making Golmaal a huge success. Venkatesh and Ram play major characters and are bringing out their humorous best and giving touch competition to each other with their performance. Anjali and Shazhan Padamsee play the female leads in the film and Sravanthi Ravi Kishore and Suresh Babu are jointly producing the film.