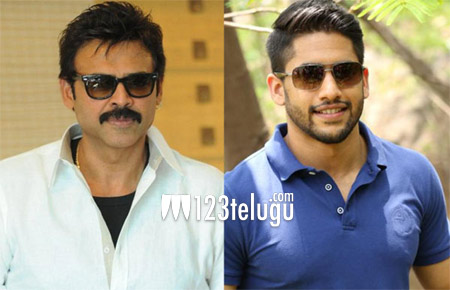 It is widely known that senior hero Venkatesh and his Nephew Naga Chaitanya are joining hands for an action entertainer soon. JLK fame Bobby will be directing this crazy project.

Now, the latest update that this film will have its formal launch on July 11th at Ramanaidu Studios. Top producer, Suresh Babu is bankrolling this big budget entertainer under his Suresh Productions banner.

More details regarding the other cast and crew for this untitled film are yet to be announced. Keep watching 123telugu.com for further updates on this project.