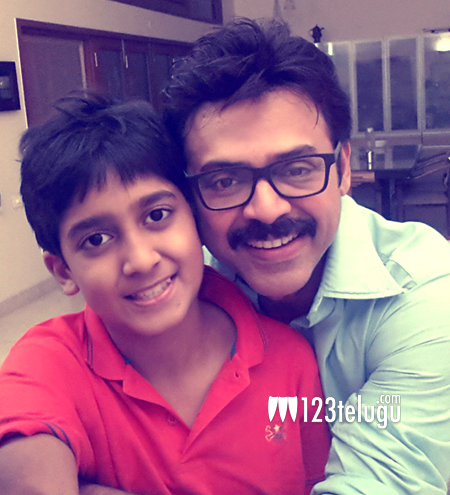 As we all know that super star Venkatesh is busy shooting for his latest film Gopala Gopala. This film which also stars Pawan Kalyan, was in much news that Venky’s son Arjun will play a special role in the film.

Speaking to a leading daily, Venketsh himself denied these reports that his son is not making his debut with this film. He also added that his son only came to the launch as he had holidays.

Pawan Kalyan is set to join the shoot soon, and Shriya is paired opposite Venkatesh in this film which is directed by kishore pardasani.