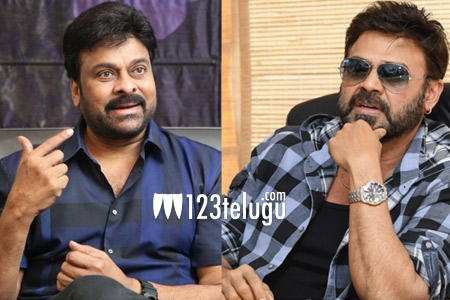 It is a known fact that both Venkatesh and Chiranjeevi share a superb friendship from a very long time. Going into details, Venkatesh had arranged a special screening of his film Guru for Chiranjeevi a few days back and reports suggest that Chiru loved the film and Venky’s performance completely.

The talk is that Chiru was quite emotional after watching the film and praised Venkatesh to no extent. Venky’s mature role as a boxing coach has become the talk of the town ever since the trailer was launched.

All those who saw the film have only very good things to say about this film which is a complete sports drama. Guru is set for a massive release tomorrow.