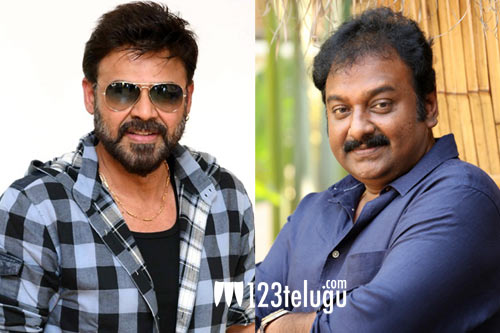 That seems the case. After Vinayak spent quite some time in talks with Balakrishna for a possible film, it looks like things didn’t work out. In fact, Balayya has announced a film with Boyapati Sreenu in the meanwhile.

And the buzz is that the director has now approached his Lakshmi hero Venkatesh and the actor has apparently shown interest as well.

With the duo’s earlier collaboration being one of the best roles for Venky, he sure seems keen to see what the director has in store for him this time around.