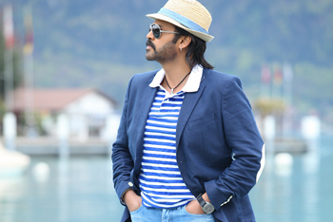 Victory Venkatesh, who is basking in the glory of his blockbuster hit Seetamma Vaakitlo Sirimalle Chettu, has now shifted his focus on his upcoming action entertainer Shadow. Venky will be seen in an all new avatar, and has been working hard for this film. He is making sure that his looks, costumes and all the action sequences come out picture perfect. Directed by Meher Ramesh, the unit are busy shooting key portions of the film currently. Already the film’s trailers have been getting good response, and the makers are planning to release the film in April.