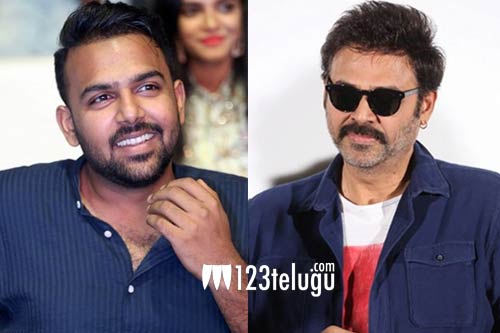 A film in the combination of senior hero Venkatesh and young filmmaker Tharun Bhascker is in news for the past few years. A couple of months back, news also came out that the film will go floors soon.

Now, the fresh update is that the film’s regular shooting will kick-start from the month of July. Reports also say that Tharun has even completed the first draft for the script and is waiting for Venky, who is currently busy shooting for F3.

Senior producer Suresh Babu will be producing the film which is said to b an intense and emotional drama in the horse riding backdrop.