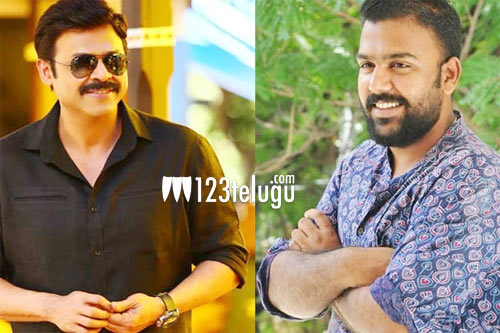 A project in the combination of Victory Venkatesh and Pelli Choopulu fame Tharun Bhascker was under discussion for a long time now.

A few months back, news came out that Venky will kick-start Tharun’s project soon after Venky Mama but there is no development in the news.

Now, the fresh buzz is that Tharun Bhascker has wrapped up the complete script and got a green signal from Venky and Suresh Babu.

News is that the project will roll on soon after the completion of Vevnkatesh’s Asuram remake titled Naarappa. However, an official confirmation regarding the news is awaited.