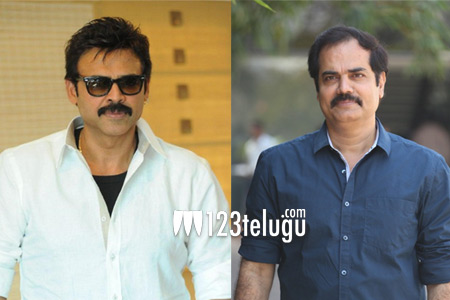 After a long gap following his last release, Gopala Gopala, senior star Venkatesh is back on shooting floors and is fast finishing Babu Bangaram under Maruthi’s direction.

After this film, Venky will be shooting for Nenu Sailaja director Kishore Tirumala’s film and he is also reported to be starring in the Telugu remake of the Madhavan-starrer, Saala Khadoos.

Now, latest buzz is that Venky is planning to remake yet another Tamil film. Apparently, Venky is highly impressed with the latest hit Tamil cop drama, Sethupathy, starring Vijay Sethupathy.

If reports are to be believed, Kishore Padhasani (Dolly) may helm this remake. Keep watching this space for further updates about Venky’s upcoming films.