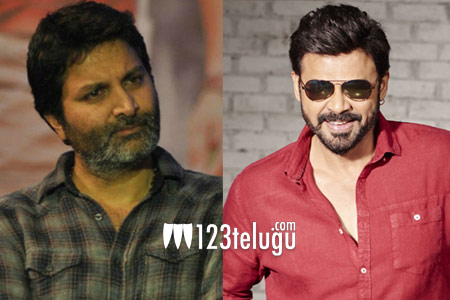 On the eve of Victory Venkatesh’s birthday, the producers at Haarika & Haassine Creations surprised everyone by announcing a film starring Venky in Trivikram’s direction. The film is expected to go on floors after Trivikram wraps up NTR’s film.

According to the latest reports, the Venky-Trivikram film will be an official remake of the hit Bollywood courtroom drama, Jolly LLB 2. Apparently, producer S Radhakrishna had acquired the remake rights of this Akshay Kumar-starrer long back. However, we will have to wait for an official announcement regarding the Telugu remake.

Meanwhile, Venky will be seen in a special cameo in Trivikram’s soon to be released Sankranthi entertainer, Agnyaathavaasi.