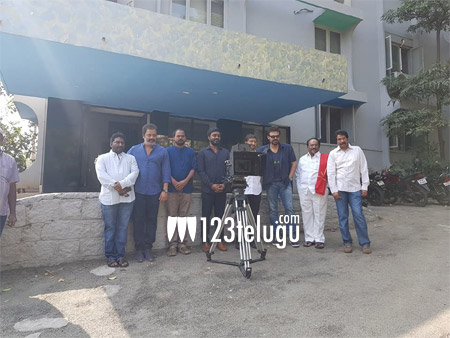 We had already reported that victory Venkatesh’s next film in the direction of Teja will have its formal launch today. As reported, the film’s formal pooja ceremony happened today at Ramanaidu Studios without much fanfare.

Paruchuri Brothers, Rana Daggubati and a few other guests graced the launch event and conveyed their best wishes to the whole unit. Touted as an action thriller, the film’s regular shooting will kick-start from early next year.

Tentatively titled Aata Nade Veta Nade, the film’s main cast and crew details are yet to be known. Suresh Babu and Anil Sunkara will be producing the movie under Suresh Productions and AK Entertainments banners respectively. Keep watching 123telugu for further updates regarding this project.