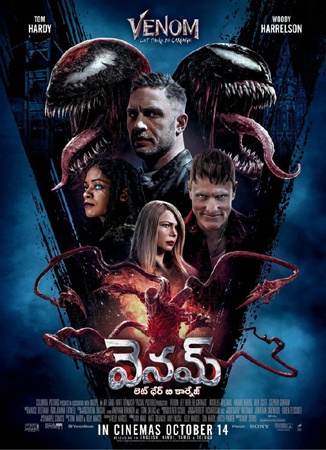 Venom – Let There be Carnage, the much-awaited Marvel superhero film featuring the Marvel Comics character, Venom, had its theatrical release in many international markets on September 30. The Tom Hardy-starrer is enthralling both adults and young audiences across the world.

Venom – Let There be Carnage is the second film in Sony’s Spider Man Universe and the sequel to Venom (2018). Produced by Columbia Pictures in association with Marvel and Tencent Pictures, the film is being distributed by Sony Pictures in India.

Tom Hardy is making a comeback to the big screen as the lethal protector Venom. Also starring Michelle Williams, Naomie Harris and Woody Harrelson, the film has been directed by Andy Serkis and has its story written by Tom Hardy and Kelly Marcel.