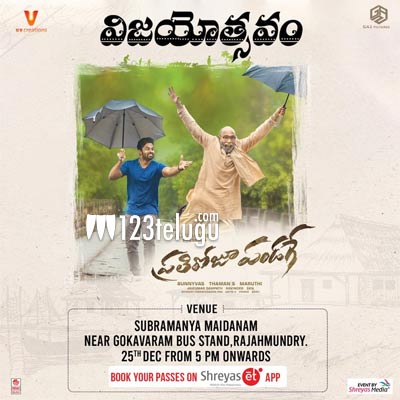 The event will take place at Subramanya Maidanam in Rajahmundry on December 25th from 5 PM onwards. The entire cast and crew of the film are expected to attend the event and enthrall the public in Rajahmundry city.