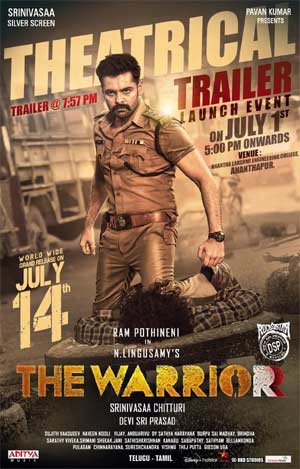 Ram Pothineni and Krithi Shetty starrer The Warriorr is slated for a grand theatrical release on July 14 in Telugu and Tamil. The makers have commenced promotions and as a part of that, the makers will release the trailer this Friday.

Team The Warriorr has announced that they will release the trailer in a grand manner at an event scheduled to happen on July 1st at Anantha Lakshmi Engineering College in Ananthapur from 5 PM onwards. Later the trailer will be launched online at 7:57 PM.