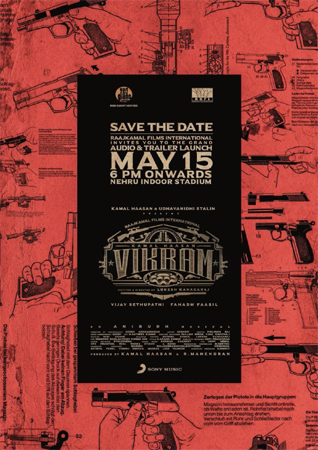 Universal star Kamal Haasan has joined hands with the young director Lokesh Kanagaraj for Vikram. Vijay Sethupathi and Fahadh Faasil are the other star heroes playing key roles in this biggie.

The makers have already announced that the audio of the film will be launched On May 15, 2022. Now, they came up with an idea to release it in a grand manner at Nehru indoor stadium in Chennai. The grand audio launch event will start from 6 PM onwards.

Produced by Kamal Haasan and R Mahender on a grand scale, the trailer of the action drama will also be released on May 15, 2022. Anirudh Ravichander is the music director for this movie, scheduled to hit screens on June 3, 2022.