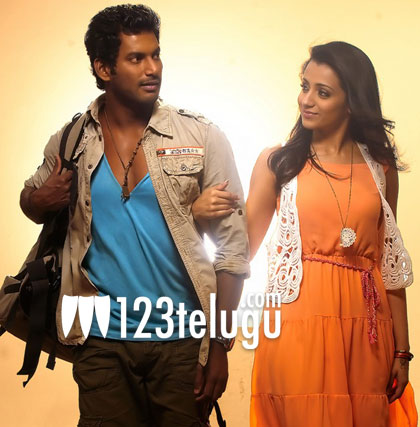 Vishal and Trisha starrer Vetadu Ventadu is going to release on January 24. The film’s theatrical release has already been postponed twice due to financial issues and lack of availability of theatres. The film’s Tamil version titled Samar released on January 13 and it got a good response in Tamil Nadu. Vishal plays a trekking guide and Trisha plays the role of a bold girl who helps him in his mission. Sunaina Yella is playing a supporting role opposite Vishal and the film also stars Manoj Bajpai and J D Chakravarthy. Yuvan Shankar Raja has scored the music. Thiru has directed the film.

It’s a big year ahead for Vishal who will act in a direct a Telugu film few months later and it’ll be produced by his brother Vikram Krishna. More details of that film will be announced soon.