Veteran actor flirts with Sunny Leone-What she does is hilarious
Published on Feb 20, 2020 6:16 pm IST 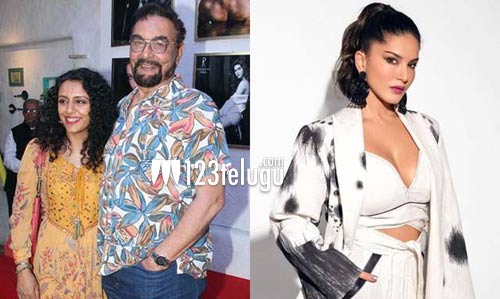 The annual Dabboo Ratnani calendar launch is a grand affair with many celebs attending the event and making it a big success. This year’s event was also held grandly in Mumbai.

But what caught the imagination of many was the banter between veteran Hindi actor Kabir Bedi and Sunny Leone. Going into details, apparently, Kabir Bedi was so impressed by Sunny Leone’s photos that he stuck a conversation with her and even asked for her phone number.

But what Sunny Leone did was hilarious. Instead of giving her number, Sunny forwarded her husband’s number to Kabir Bedi. The onlookers were amused by the way this whole incident took place at the launch.

Kabir Bedi is a senior actor and is known for his ladies fan following in Bollywood but looks like Sunny Leone is one step ahead of him.