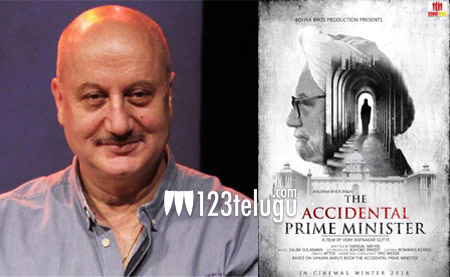 Manmohan Singh was a very controversial yet famous prime minister who served the post for a very long time. Now, his life is being showcased through a film called The Accidental Prime Minister.

Veteran actor, Anupam Kher has been roped in to play the lead role in this film which will be directed by Vijay Ratnakar Gutte. The film is based on the book written by the former prime minister’s media adviser Sanjay Baru with the name ‘The Accidental Prime Minister’.

This is a very interesting film and we need to see who plays the role of Sonia Gandhi who is yet another key feature in Manmohan Singh’s life.