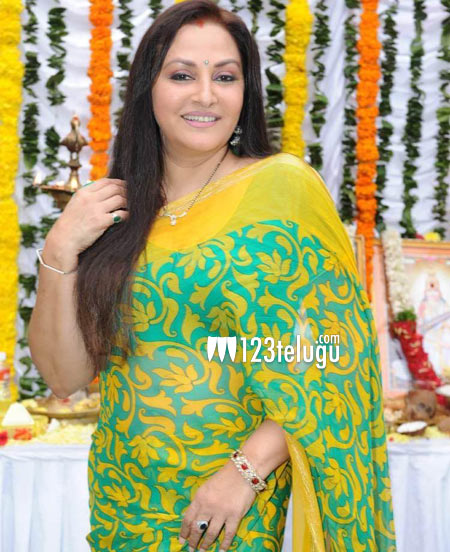 Popular yesteryear actress Jaya Prada is regraded as one of the evergreen beauties of Indian cinema. It is a well known fact that she is a great actress, who ruled the hearts of many with her sweet rendition in films like evergreen classic ‘Mounamelanoyi’, K.Vishwanath’s ‘Sagara Sangamam’.

But, there is a talented singer hidden in this multi faceted star and has recently added one more achievement to her already overflowing kitty . According to reports, the talented actress has recently made her singing debut with a Tamil film.

Jaya Prada has recorded a song along with north Indian singing sensation Javed Ali for her nephew’s upcoming film Uyire Uyire, which is a remake of Telugu film Ishq. Currently, Jayaprada is acting in Bollywood, Bengali and Malayalam films.