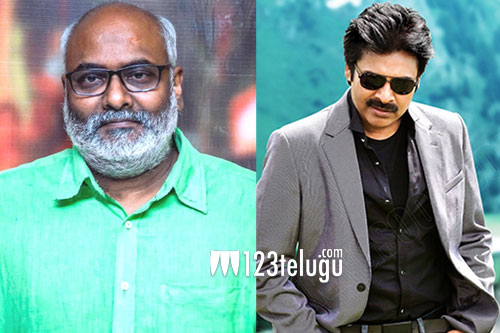 It’s official now. Confirming the ongoing speculations, veteran music composer MM Keeravani has made an official announcement that he is part of Powerstar Pawan Kalyan’s highly-anticipated 27th film under Krish’s direction. Keeravani confirmed this news during an interview with a Telugu TV channel.

Incidentally, this is the first time that Keeravani will be scoring the soundtrack for a Pawan Kalyan-starrer in Pawan’s over 2-decade long career. The film, tentatively titled Virupaksha, is rumored to be set in the 18th century in the Mughal era. Bollywood actress Jacqueline Fernandes is the film’s leading lady.