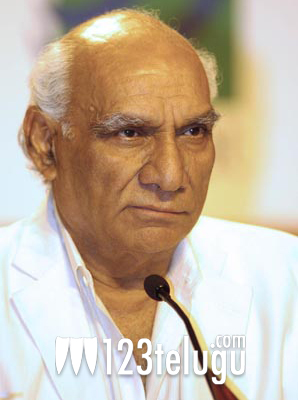 The King of Indian romance and veteran Hindi film director Yash Chopra passed away in Mumbai a little while earlier. He was admitted to the Lilavathi hospital a few days back following an dengue attack. Yashji, as he is fondly called, was critically ill and finally succumbed to the sickness. His last directorial venture ‘Jab Tak Hai Jaan’ starring SRK and Katrina is yet to release.

Yash Chopra has been one of the pioneers of Indian cinema as his career spread for over 50 years. Some of his iconic films include Darr, Dilwale Dulhaniya Lejayenge, Veer Zaara, Chandni, Lamhe and Dil to Pagal Hai.

123telugu is deeply saddened by the sudden demise of Yash Chopra, and pays heartfelt condolences to his entire family.