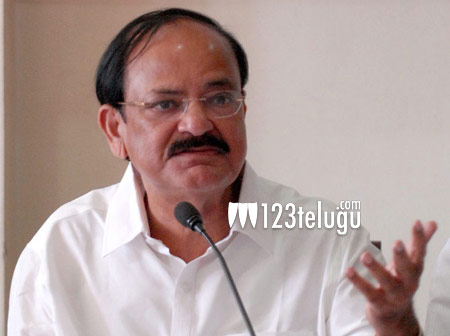 After watching Baahubali The Conclusion in a special show, veteran politician and I&B Minister M Venkaiah Naidu heaped praises on the film for breaking the barriers of Indian Cinema.

In an amusing revelation, Venkaiah Naidu said that prime minister Narendra Modi is the real Baahubali of India as the entire country is following his footsteps and for Modi’s government being people’s friendly.

Venkaiah Naidu further said that Baahubali movie’s​ talk has been quite encouraging and that the matter of regularisation on Baahubali’s ticket prices falls in the purview of the state governments​.