Veteran producer announces a film with Balakrishna
Published on Jun 4, 2020 3:00 am IST 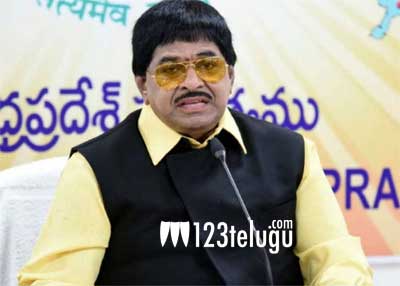 Veteran producer and political leader Ambica Krishna has announced that he will be bankrolling a film with Balakrishna soon very soon. However, he didn’t reveal any details about the project in a latest interview with a Telugu media house.

It’s well known that Ambica Krishna had earlier produced Balayya’s 2006 action family entertainer, Veerabhadra. He has been good friends with Balayya ever since and even served as a TDP MLA in Eluru. Krishna has also produced movies such as Upendra and Kanyadanam.