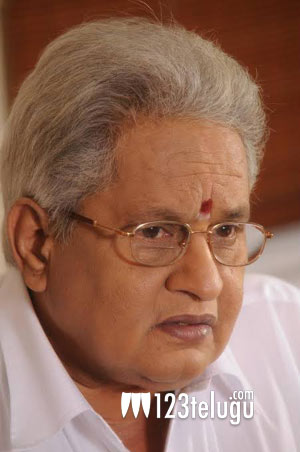 Veteran Kollywood actor, screenplay writer and filmmaker Visu breathed his last in Chennai this evening. Visu was suffering from kidney related ailments for several years. He was 74 and is survived by his wife Sundari and daugters Lavanya, Sangeetha and Kalpana.

After a successful stint in theatre, Visu made his movie debut as a screenplay writer with legendary Tamil filmmaker K Balachander’s Pattina Pravesam in 1977. He made his acting debut with Balachander-Rajinikanth’s iconic film, Thillu Mullu. He also penned the screenplay for Rajini’s yesteryear blockbuster, Netrikkan. In a career spanning over 4 decades, Visu had acted in over 60 films and penned scripts and directed nearly 25 films.