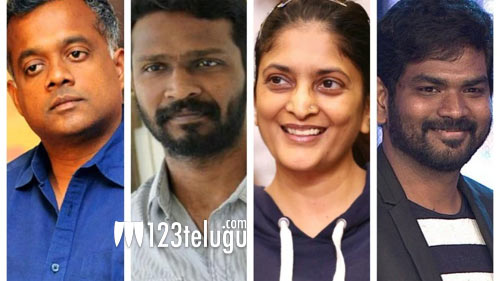 Netflix, world’s leading streaming platform, is leaving no stone unturned to reach out to new markets. Ever since it launched in India, Netflix has actively engaged with leading production houses in Mumbai, and now, it has set its eyes on the South Indian market.

We had earlier reported that four of leading Tamil filmmakers, Vetrimaran, Gautam Menon, Vignesh Shivan, and Sudha Kongara have teamed up for an anthology film for Netflix. The latest buzz is that the anthology film will be based on the theme of honour killing, and each of the four directors will approach the subject from a different perspective.

While Vetrimaran’s segment has Sai Pallavi and Prakash, Vignesh Shivan’s story has Anjali and Kalki Koechlin in lead roles. The details about the cast in the other two stories is yet to be revealed. Incidentally, a similar anthology film is being made in Telugu for Netflix, and the segments are going to be directed by Nandini Reddy, Tharun Bhascker, and Sankalp Reddy.