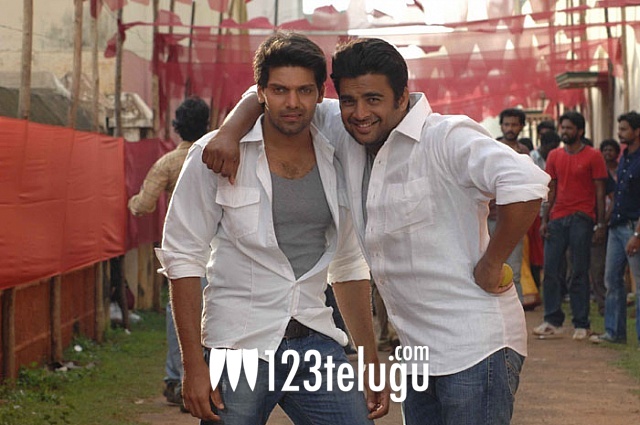 Lingusamy’s recent Tamil film Vettai is going to be dubbed in Telugu. The film has been titled as Bhale Thammudu. Arya, Madhavan, Amala Paula and Sameera Reddy have played lead roles in this mass entertainer and the Tamil version was a huge hit. Apparently, the film will soon be remade in Hindi and Shahid Kapoor is going to play the lead role. In a press statement, UTV representatives G Dhanunjayan and SP Shiva Prasad said that they are planning to release the movie this summer. The film’s music has been composed by Yuvan Shankar Raja and the audio will be launched in the third week of March.