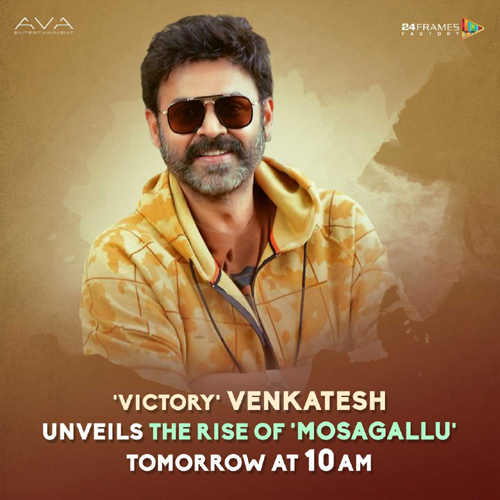 We all know that Kajal and Vishnu Manchu are doing a film called Mosagallu. The latest we hear is that the first look teaser called the Rise of Mosagallu will be unveiled tomorrow in a special way by Victory Venkatesh.

In the film, both Vishnu Manchu and Kajal Aggarwal have been paired as siblings. Mosagallu is based on one of the biggest I.T scams in history and is being directed by Jeffrey Gee Chin.

Bollywood Actor Suniel Shetty, Ruhi Singh, Naveen Chandra, and Navdeep are playing good roles. The makers are all set to begin promotions of the film tomorrow and let’s hope that things change for Vishnu Manchu who is looking for a big hit in his career.