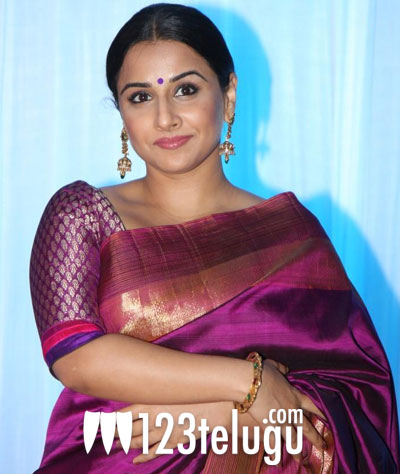 Bollywood actress Vidya Balan is one supremely talented lady. The actress is known for her versatility and she has been having a great run lately with films having strong female characters. As per the latest buzz in the industry, Vidya Balan may soon be seen as M.S.Subbalakshmi, the legendary Indian Carnatic singer.

Renowned cinematographer Rajeev Menon is working on a biopic of the legendary singer and Vidya Balan has reportedly given her approval for the project. The movie will be released in Tamil, Telugu and Hindi.

Shooting is expected to begin in the second half of this year. The film will be a big budget production and other details are still being worked out. What do you think folks? Can Vidya Balan pull it off? With her strong affinity for saris and her talent, we think she will.