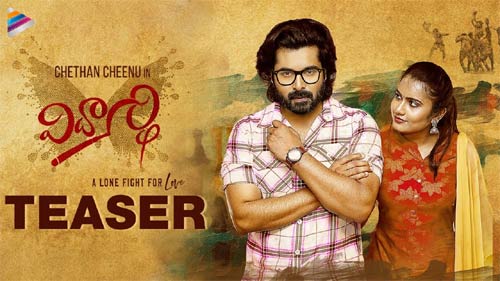 The first look teaser for Vidyarthi, an upcoming campus drama, has been launched by the makers just a while ago. The intense teaser showcases the film’s main theme – caste politics and social indifference in the society.

Vidyarthi’s entire shoot has been completed except for 2 to 3 days of patch work. The film was shot in Guntur, Rajamundry, Vizag and Araku. Mahas Creations owned by Alla Venkat has produced the movie in association with Rejeti Ramkrishna and Vamsi Thadikonda. Debutant Madhu Madasu has directed the movie. The film is slated to release for Dusshera.