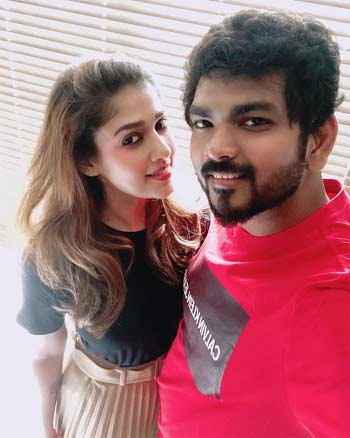 Star actress Nayanthara and producer-director Vignesh Shivan are in a relationship for many years and they both owned a production house called Rowdy Pictures. Nayanthara’s upcoming movie Kaathuvaakula Rendu Kaadhal is also co-produced under the banner.

Today, Vignesh took to Instagram and shared a couple of selfies having him and Nayanthara together. The couple looks so cool and in the caption, he wrote, “ a little time to breathe in between all the chaos towards the final process ! Movie gearing up for censor ! Praying for the best of things to happen ! All updates coming up from Today !”

Besides the latest update of her above-mentioned movie, the pics have gone viral on social media in no time. Nayanthara is also playing the female lead in Chiranjeevi’s Godfather in Telugu.