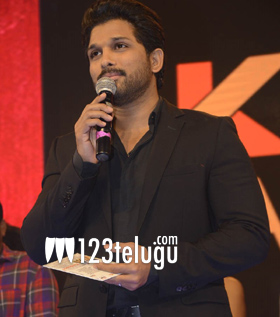 Allu Arjun was the chief guest at tonight’s audio release function for Vijay Deverakonda and Rashmika Mandanna’s upcoming romantic drama, Geetha Govindam. Speaking at the event, the Stylish Star had some good things to say about the movie and its actors.

“I have seen the film recently and I can say that it is fantastic. Both Vijay and Rashmika have rocked the show in Geetha Govindam. The the film is heroine-centric and Rashmika is destined to play Geetha’s character. but Vijay Deverakonda owned the movie with his fabulous performance,” said Allu Arjun.