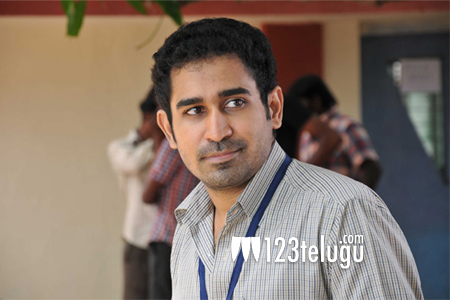 Vijay Anthony’s latest presentation, Yaman did not impress the Telugu audience much but the young hero has not lost hopes and is already busy with his new film. Some time back, we had revealed that his new film, Indrasena will be directly made in Telugu also.

Now, the latest news is that Vijay Anthony has been taking special classes to polish his Telugu speaking skills. The actor is very busy undergoing training for the language and will also dub for himself in the film.

Vijay Antony will be seen in a dual role in this film which will be directed by newcomer Srinivasan.