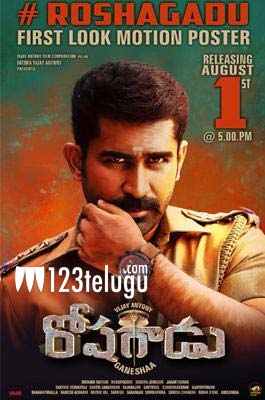 It is a known fact that Vijay Anthony is doing a cop film called Roshagadu. The teaser of the film was released today and by the looks of it, Vijay means business in his angry cop avatar.

This is the first time that Vijay has chosen a typical cop avatar for his film. The background music and Vijay’s avatar has been showcased quite well in the teaser which has a few good action blocks as well.

Nivetha Pethuraj plays the female lead in this film which has music by Vijay Anthony himself. Rishagadu is up for a release this Diwali.