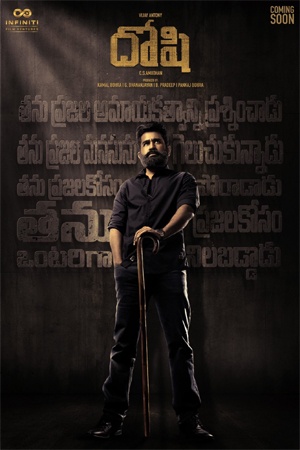 Music composer turned actor Vijay Antony is very busy with a bunch of films on his hand. Recently the actor released a motion poster for one of his upcoming films Hatya.

Today the actor took to his Twitter handle and announced his next as Doshi (Ratham in Tamil). The film’s first look poster was also released in which Vijay Antony looks intense holding a walking stick.

The theme of the film is said to be about a person who stood for his people and fought for them. The film is helmed by C.S Amudhan and is produced by Kamal Bohra, Dhananjayan. G, Pradeep. B, and Pankaj Bohra. Mahima Nambiar, Nandita Swetha, and Ramya Nambessan are playing key roles in the film.