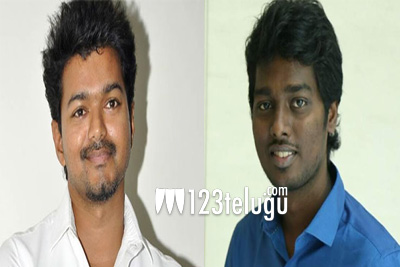 Tamil star hero-director duo Vijay and Atlee gave two blockbusters, Theri and Mersal. Both the movies redefined Vijay’s stardom and his mass image. On the other hand, Atlee became one of the most sought after directors in Kollywood.

Now, the latest buzz in Tamil media circles is that Vijay and Atlee will soon be teaming up with for yet another high-budget entertainer. Popular Tamil film distribution and production house AGS Entertainment will produce the movie. The buzz further reveals that the shoot will begin soon after Vijay wraps up his ongoing film under Murugadoss’ direction. We will have to wait for an official announcement regarding this buzz.