Vijay Devarakonda desperately needs to do something to save his film
Published on Feb 5, 2020 11:07 pm IST 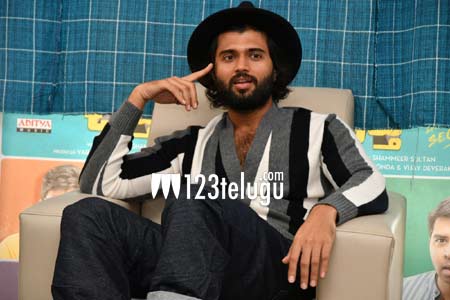 One cannot deny the fact that there is not much hype for Vijay Devarakonda’s World Famous Lover as it will release during Valentine’s day this 14th of February.

Vijay is busy with his new film with Puri and is not seen anywhere with the promotions of the film. The trailer will be launched tomorrow and fans are expecting that Vijay will do something that will set the ball rolling for the film.

The film has been in the making for a long time now and is directed by Kranthi Madhav. The talk is that the trailer has come out well and it will surely make an impact.

But Vijay needs to do something that will make the film’s buzz to go on to another level and him along with his film become a talking point.