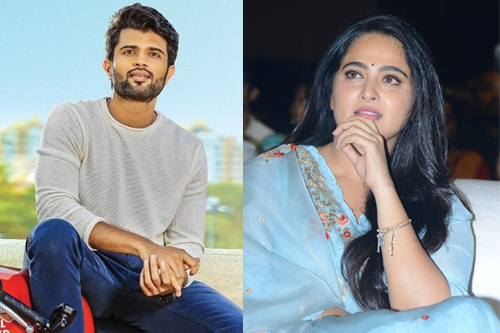 It has been quite some time since we have seen Anushka is a Telugu film. She is all set to do a film alongside Naveen Polishetty and the film will be made by UV Creations.

Now, the crazy gossip in the film circles is that star hero, Vijay Devarakonda will be seen in a cameo in this film. Though this news is not yet confirmed, it has become a hot topic.

As of now, Vijay is yet to start Liger, his Hindi debut. If this news is true, it will be really interesting to see Vijay and Anushka on one screen together.