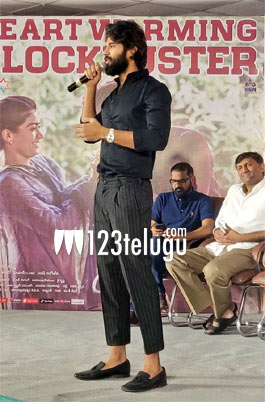 Dear Comrade released yesterday with a good hype. Though a major section of the audience liked the film, there were many who did not like the film as they felt that the proceedings were slow and dull.

Speaking about the same at the success meet of the film, Vijay said that he completely agrees with the various opinions of the audience but he and his director always wanted the film to be made in a slow and simple pace.

The first day collections of the film are good and the second day has also been steady. Bharat Kamma directs this film which has Rashmika as the main lead.