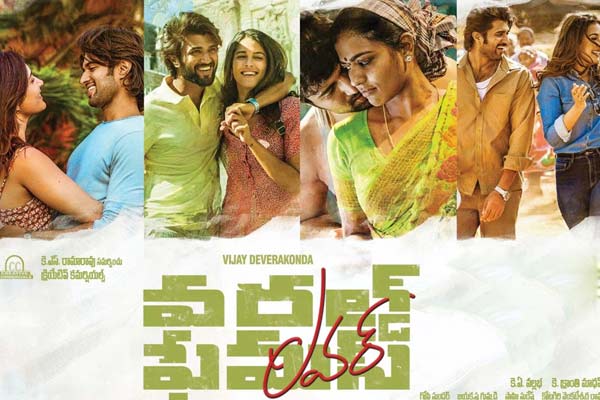 Vijay Devarakonda, in an interview, told that World Famous Lover will be his last film in the love story genre. But the film flopped badly and brought a bad name to Vijay.

The same film has been dubbed in Hindi and is creating a sensation of sorts on Youtube. The update is that the film has clocked 100 million views which is no joke.

Raashi Khanna and Aishwarya Rajesh played key roles in this film that was directed by Kranthi Madhav. The film was produced by KS Rama Rao who suffered big losses with this film.