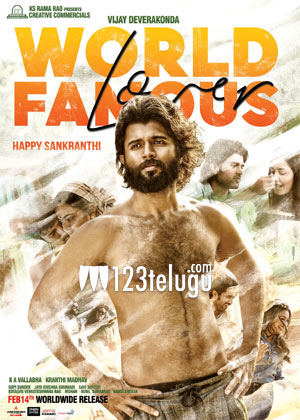 World Famous Lover starring Vijay Devarakonda is all set for a release on the 14th of February as a valentine’s special for the Telugu audience all over.

The teaser has made the right impact and there is a decent buzz for the film. Now, sources close to the unit reveal that Vijay Devarakonda has once again delivered a knockout performance in the film.

The talk is also that Vijay will be surprising in his emotional avatar in this film which is being directed by Kranthi Madhav. K S Rama Rao produces this film which also has Raashi Khanna in a never before role.