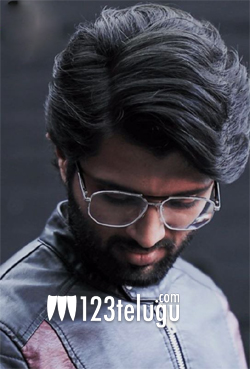 Vijay Devarakonda’s latest initiative, Rowdy Club has become a huge hit among his fans. A day after its official app was launched in Hyderabad, it climbed to number one spot in the lifestyle section in both Apple’s App store and Google Playstore.

Apparently, the Rowdy app got more than 1 lakh downloads and there is a huge demand for the apparel that is being sold under ‘Rowdy’ label. In the past few days, Vijay had been dropping several hints that he is making his foray into merchandising and apparels. And with the first stock about to be delivered to his fans, the actor is eagerly awaiting the response for his new initiative.

Meanwhile, all eyes are on his upcoming film Geetha Govindam which is slated for release on August 15. Directed by Parasuram, the film has Rashmika playing Vijay’s romantic interest.

1 day to go.
1st drop – Tomorrow 6pm
2,00,000+ Downloads.
No.1 lifestyle app on Android and Apple. Excited to see my clothes on my Rowdies. Excited for those who will get their hands on the 1st stocks. pic.twitter.com/llKnZ0Su9u