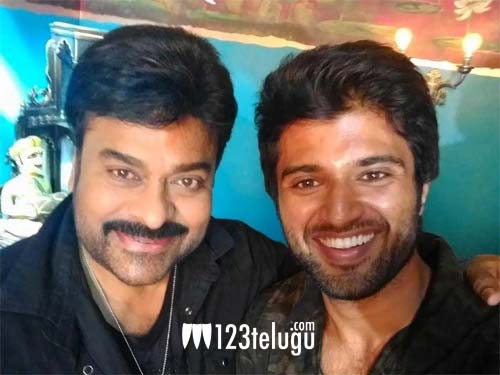 It is a known fact that director Bobby will be doing a film with megastar Chiranjeevi. The project has been confirmed but will go on floors only when Chiru wraps up the remake of Lucifer.

Bobby has readied a solid script for Chiru and now, news has gone viral that Bobby readied this script for Vijay Devarakonda first and narrated it to him also. As Vijay had his dates full, he said no to Bobby.

The talk is that the same story Bobby is making with Chiru now. The film will be a massive mass drama with full-on dances and action elements.