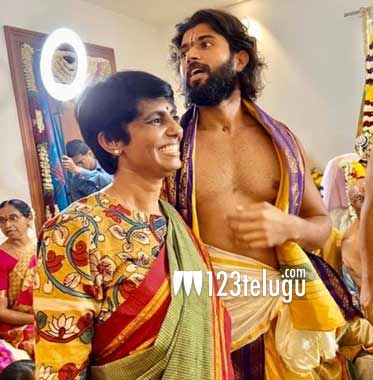 The news has gone viral all over that rowdy star, Vijay Devarakonda has bought a swanky new house in the posh Film Nagar area in Hyderabad.

Earlier, Vijay used to live in the MLA colony and now he has shifted to his new house. The gossip that has gone viral is that Vijay has spent a whopping 20 crores on this bungalow.

He has built this house with special amenities that suit his taste. Vijay has been a superstar in recent times and charges close to 10 crores for a film.

So, naturally, he has put all his hard-earned money into his dream house. He will next be seen in the film World Famous Lover.