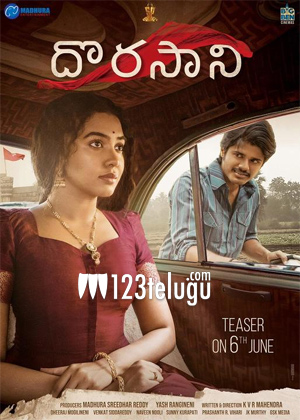 Everyone has been wondering why actor Vijay Deverakonda hasn’t shared even a single promo of his brother Anand Deverakonda’s debut film Dorasaani. Interestingly, the actor has been congratulating and posting about other films during the same time.

While many are wondering if this is just another strategy, a source in the know tells us otherwise.

Apparently, Vijay has clearly refused to endorse his brother because he wants him to grow on his own merits. The source tells us that Vijay is keen that his brother figure out his own route especially since he himself has the “self-made” tag given to him.

The Arjun Reddy star doesn’t seem keen to endorse nepotism and wants his younger brother to construct his own ladder to go on top. This sure is commendable on the actor’s part but one’s got to see if this will prove a disadvantage for Anand.