Vijay Deverakonda-Puri Jagannadh to team up for another movie?
Published on Jun 30, 2022 4:00 pm IST 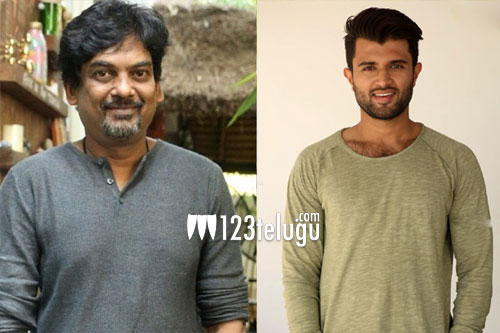 Tollywood star hero Vijay Deverakonda is currently busy shooting for his next movie, Liger, directed by the dynamic filmmaker Puri Jagannadh. The duo also kickstarted the shoot of their other movie, Jana Gana Mana, a pan-India movie.

Now, gossip is doing rounds on social media that Vijay Deverakonda and Puri Jagannadh will join hands for one more movie after the completion of Liger and Jana Gana Mana. The buzz is that the movie will be produced by Puri Connects. It is reported that the makers will join hands with a popular production to bankroll the project.

Neither the hero nor the director made comments on their third film. On the work front, Vijay Deverakonda also has a movie called Kushi, under the direction of Shiva Nirvana. Samatha is the female lead in the flick.