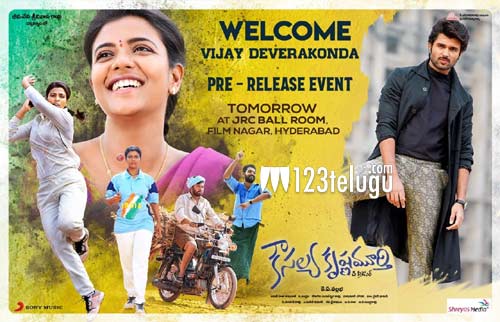 Talented actress Aishwarya Rajesh is foraying into Tollywood with a sports drama, titled Kousalya Krishnamurthy. The film is an adaption of Aishwarya’s Tamil hit, Kanaa, and is slated to hit screens on August 23rd.

Now, the latest news is that happening hero Vijay Deverakonda will be gracing the pre-release event of this film. The event will be held at JRC Ball Room, Film Nagar, Hyderabad.