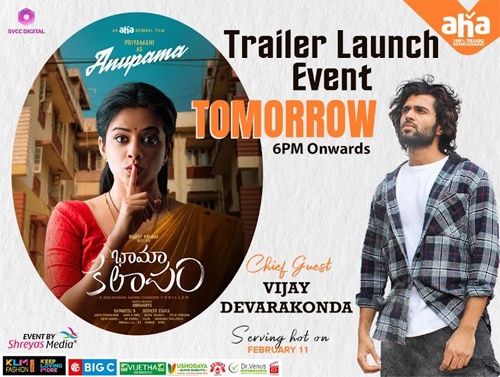 Actress Priyamani is ready to entertain the Telugu audiences with her debut OTT movie titled Bhama Kalapam. Directed by Abhimanyu Tadimeti, the movie is billed to be a comedy thriller.

Now, the web movie is in the news again. The Liger actor, Vijay Deverakonda, will launch the trailer of Bhama Kalapam at a special event to be held in Hyderabad tomorrow.

Priyamani will be seen in the role of a famous food vlogger in this OTT movie, which will premiere on the popular streaming platform, Aha on February 11, 2022.