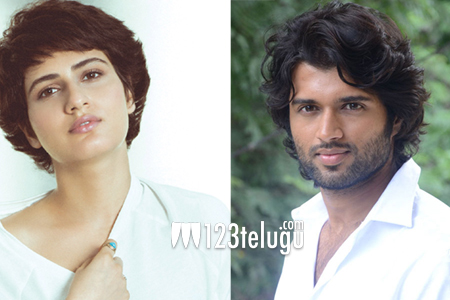 Apparently, the makers are looking to cast a fresh face opposite Vijay and they are planning to approach Dangal beauty Fatima Sana Shaikh. The heroine’s character needs a sporty personality and Fatima’s endearing yet intense performance seems to have inspired the makers to plan to cast her. However, they are yet to pitch the story to Fatima.

Not many are aware that Fatima, who was seen as Kamal Haasan’s kid daughter in the 1997 comedy drama, Bhamane Satyabhamane, had made​her Tollywood debut with a lesser known film titled Nuvvu Nenu Okatavdam in 2014. Fatima has recently been cast by the Yash Raj Films banner for its ambitious period thriller, Thugs of Hindostan.